The Calm Before the Storm: An Intern’s Perspective of the Lead Up to TV

A change comes through the camp in the gradual build up to TV. It is an event here at camp treated with reverence similar to that of war. It is a thing that starts slowly as the date creeps ever closer. Some weeks away from TV, it’s acknowledged, recognised but spoken of in hushed tones. You’ll hear fleeting talk of it, as it is mentioned in morning meetings, with camp staff whispering of it as if its something mystical, akin to people sitting around the campfire and telling stories from their imagination. “Who’s coming back for TV?” They’ll say. “What dates are we on for? Do we have the schedule right? We need this done before TV…” This goes on for sometime, with events being acknowledged but addressed on the sidelines. It gains an almost mystical quality to the way it is treated in these early weeks, these moments where it looms but its impact is not felt. 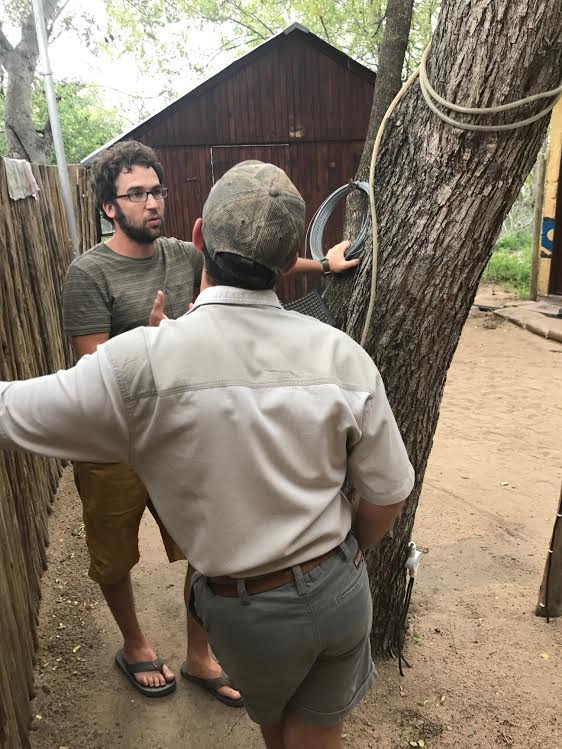 Tech team discussing potential issues they can address for television.

Things begin to pick up as the weeks blur together; TV approaches faster than expected. Over Christmas the people who I’d come to know well were replaced with new, fresh crew members and the camp became much busier. My room allocations were changed as the camp became saturated with people, from presenters to cameramen to Final Control personnel, all in preparation for TV. Television this time will occur in a single week, kicking off after the final football game of the season. I’m preparing myself for this and the anticipation, of course, comes with some nervousness. But I’m very excited to be partaking in the TV schedule and I’m sure I’ll do fine, even as the situation becomes a little overwhelming for me. Which is understandable: I’m still ‘green’, after all. 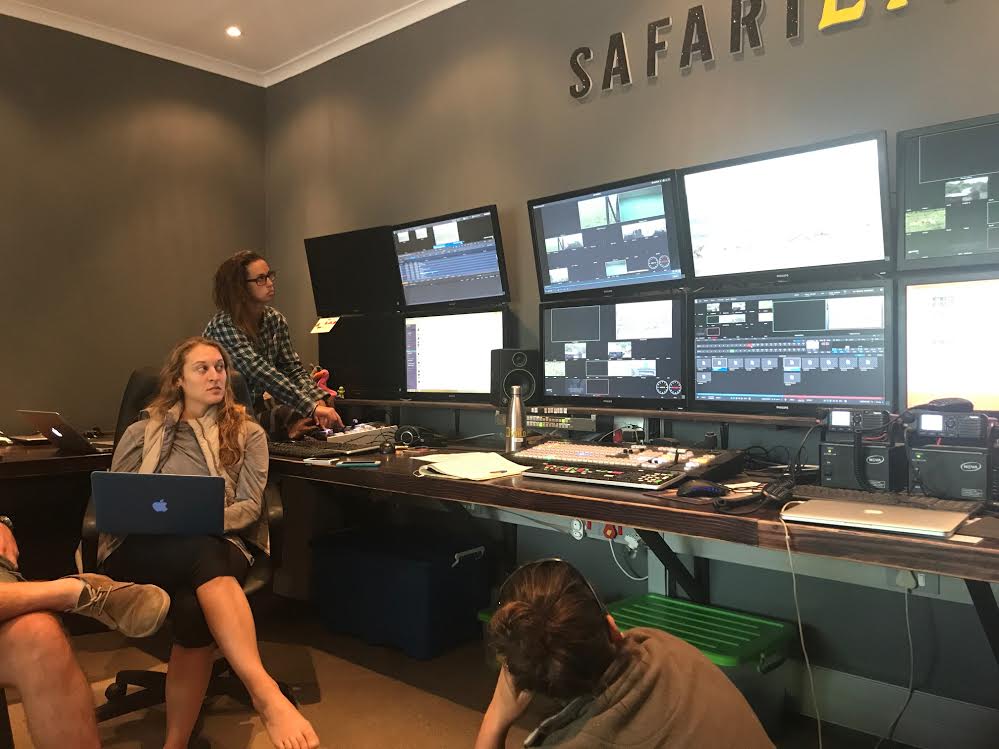 Final Control leading a review meeting of a rehearsal.

I confess the hardest parts to adjust to are the early morning rehearsals, although I have it much easier than the presenters, who rise consistently around 3:00 AM or sometimes even earlier. Although I thought it would be easier since I had a similar schedule when working in the Mara last year; it turned out to be anything but. Recently, I had to get up at 4: 30 AM multiple times in a row and it was particularly difficult. Being ripped out of pleasant dreams by a screaming alarm, dragging myself out of bed like a slug, and stumbling into the dark morning air was not easy. Still, it was fascinating to see unfold. I watched the frenzied situation of a rehearsal: the presenters storming into FC in a mad rush, towing cameras, battery packs, and coffee before stampeding out just as quickly as soon as the FC women (Kirsty, Lou, Rebecca, and Gerry) gave the signal to get their bums in their seats. Meanwhile, other personnel were scattered about the room, with Ryan providing fake updates about the big game as the group rehearsed technical issues being discovered and stamped out, and the sound of typing coming from what sounded like a million computers. This mad rush is over quickly despite all the build up, and it all came to an end before 7:00 in the morning. Of course, it doesn’t end there, as after a quick breakfast, we review the entire fake broadcast, discussing what went wrong and what to improve on for the next rehearsal. I, squished between all the other bodies crowded into FC, watched as presenters received feedback from their directors while adding their own comments. Then at last, about an hour later, the review comes to an end and the exhausted troops depart.

As the date looms ever closer, a mere two days away, dates and schedules are finalized. Technical issues are hammered out, as best they can be. Skits and promos are filmed, often in a chaotic melee of scheduling shoots in between game drives. Often, I feel as if I’m in the eye of a storm, surrounded by a chaotic blur. Its fascinating to watch and sometimes I feel like an outsider, as everyone else is clearly more used to the frenetic activity. But like in the Mara, I’m slowly adjusting, doing whatever is asked of me and ready to be a part of the team. TV is a momenmental event and I can’t wait to see it live, going head to head with the biggest sporting event in America. Yet to me, this feels like more interesting event.
-Jake McDaniel
By Peter|2018-02-24T14:02:35+00:00February 4th, 2018|Featured, safariLIVE|Comments Off on The Calm Before the Storm: An Intern’s Perspective of the Lead Up to TV