Coffee mugs can save the environment

I was not taught about picking up after myself at school, my mother did that; and I thought it was universal. It stayed with me all the way through childhood. In fact, I think it was the first element of taking care of myself and my surroundings that I learned and took to heart. That illusion was quickly broken when I grew up and enrolled in school.  It continued to plague me even as an adult. At first, there is this sense of defeat that comes with knowing you cannot change everyone and their terrible habits, and then you get caught up in the rat race that is life and everything else just falls away.

We have some very peculiar habits as humans, especially when it comes to the environment. We have not internalised our responsibility in keeping mother earth free of plastic and other non-biodegradable waste. This is the genesis of a culture of indifference where we see the waste problem as someone else’s to fix; after all, there are people paid to do this type of thing right? This is the type of thinking that breeds a very stubborn streak of neglect, since no one wants to take responsibility for the part their apathy played a part in getting us to where we are. It never occurs to us that our actions are a direct contributor to the problem, or just how much change could be achieved with something as simple as an attitude shift.

This is a problem that cuts across most of the world, where after sitting in traffic for a few minutes, you could see someone throw litter out of the car window. It could be something as innocuous and biodegradable as a maize cob, or the toxic filth that is constantly choking everything in its path; plastic water bottles. More often than not, it will be the latter, since most people will have with them either water or some form soft drink.

This is one of the reasons why the plastic bag ban by the Kenyan government was one of the best things we have done in quite a while. The legislation was certainly timely for the environment as far as I am concerned. There was a notable decline in the amount of littering, and the destructive properties of plastic bags to the environment.I had already trained myself to limit my plastic footprint by taking my sisal basket with me for shopping everywhere. I was however pleasantly surprised when the government actually enforced the plastic ban. My evening walks with my two dogs certainly became more enjoyable.

What we need to do as a people, is take more interest in our environment and our role in preserving what we can. We might sometimes feel like our effect is limited, but just like the ants weigh more than the elephants, every little bit counts. I am glad that there is a notable improvement nowadays, among the young people when it comes to environmental awareness, which fills me with the hope for the future. 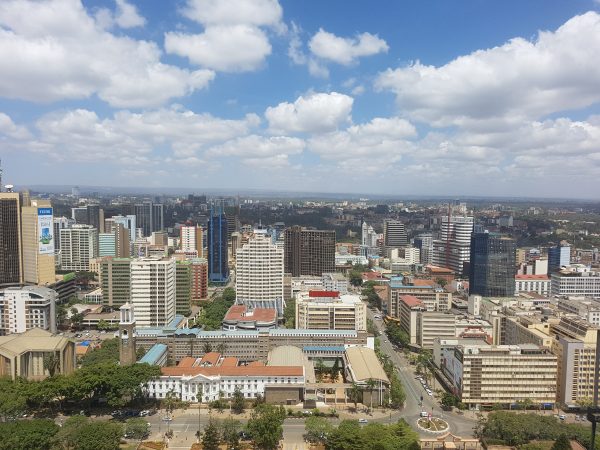 I derive small joys from the fact that the idea of waste separation is alive at WildEarth, with clearly marked bins. I am known around here as that person who walks around with their own personalised coffee mug. At first it was considered pretentious, that I am too good to share cups.  Far from it! With a camp that hosts close up to 40 people at a time, it makes sense to have yourself one cup that you use, rinse and reuse throughout the day. More often than not, since it’s hard to remember what cup you used previously, the coffee station gets littered with hundreds of cups. Imagine the water used just to clean up! I do not have to explain what that translates to when we use bottled water.

Today, 5th of June is world environment day again, and with the world coming together to beat plastic pollution, Kenya’s plastic ban was a great start. Our next step should be instilling a sense of self responsibility within the fabric of our nation. The realization that it starts with you, should be the driving point towards a cleaner environment. It should not be a one day activity; but a habit that is formed over time with daily practice.

The conservationist hashtags on social media, people taking time to properly dispose of different types of waste, vibrant clubs and groups in learning institutions; all these are an indicator that good things are happening.  We may be quite a way from being perfect, but we are headed in the right direction for sure.

Words and images by: Mercy Murugi