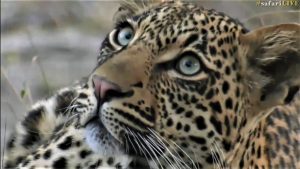 This week’s Cat Report kicks off with young Thamba on home ground lying close to the dam, he later proceeded to get up and move around, taking time to give himself a morning bath. He was also looking alertly at some impala, but did not pluck up the courage to start stalking them. 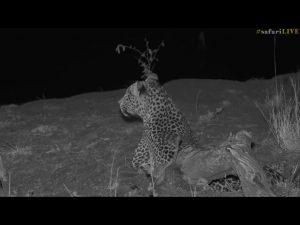 WE found Hosana in the long grass vomiting up some rather vile liquid. After lying around for a while he took a leisurely stroll up to the twin dam walls, silhouetted against the pink sky. He attempted to stalk some impala and then proceeded to pose on a termite mound with his face framed between two chimneys.

Hosana took a drink at Treehouse dam and eyed out some of the antelope on the other side of the water’s edge.

The morning dawned on the Masai Mara with playful cubs following alongside mom as the Angama lioness was taking her youngsters for a walk. They eventually disappeared into the long grass.

Three of the Angama lionesses (with their ten cubs nearby) attempted a zebra hunt but failed.

Sometime between yesterday and today, the Angamas succeeded in bringing down a zebra, as they were found finishing off a kill with their seven older cubs.

Two of the lionesses went into stalk mode with the hope of going after some Coke’s hartebeest but were spotted and the hunt failed. Nearby, a third lioness lay on top of a termite mound with the ten cubs who watch the attempted hunt from this vantage point. A fourth lioness is not far off but soon disappeared into a lugga. 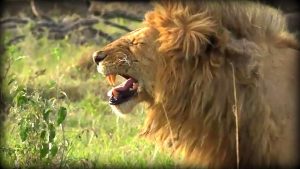 (Screenshot: Laura B from Alabama)

One of the musketeers were found mating with a Paradise pride lioness before going flat in the grass. Another musketeer, Fang, was found with the Oloololo pride doing some stretching and grooming as well as eagerly testing the lionesses for the chance to mate. 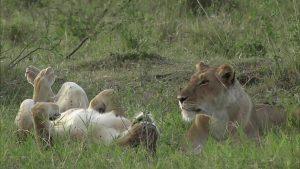 Some of the Oloololo pride females were found by the safariLIVE crew, lying in the grass and grooming. 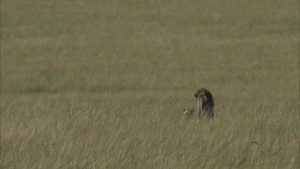 WE found one of the females mating with a Musketeer before settling in the long grass. 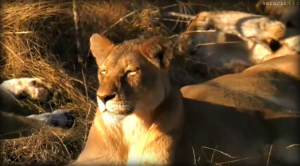 All five lionesses of the Nkuhuma pride and their six Cubs were found looking already quite skinny following last week’s zebra kill. One of the females had an injury on her back she gingerly tended to these fresh cuts and wounds. 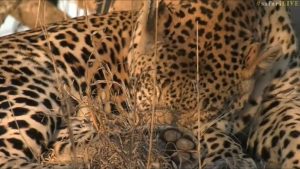 Tingana was found looking like he’d made off with another leopard’s kill evidenced by his blodd covered chest – an act of thievery that presumably left him quite fatigued as he kept his eyes firmly shut against the presence of the safariLIVE cameras and not budging from the high bed of a termite mound. 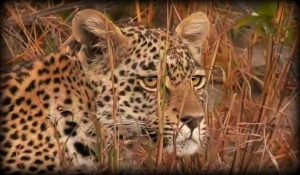 On Karula Road, Xongile also chose to slumber upon a termite mound, she roused briefly when she seemed to sense a nearby leopard in the area that could’ve possibly been her brother Hosana. 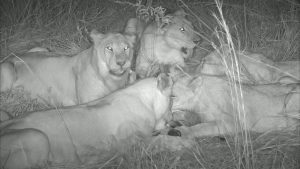 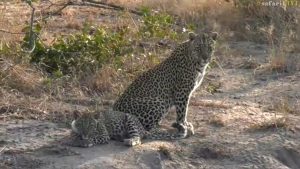 Just south of Balanites Rd, WE witnessed some playful interaction between Shadow and her cub – both showed fat, swaying bellies from an unidentified kill the day before.